You Are The Light of the World!!

Well, school has gotten off to a great start in the Deeply Rooted household!! My little man loves his teacher, and comes home with stories of new things he's learned and done every day. He's really excited right now, because his 5th birthday is next week! He knows he's bringing in cupcakes, but he has no idea they're going to be those cute minion ones that have been all over Pinterest. I'm crossing my fingers they come out well!!

I'm always sad when the Dottess term comes to an end, but I have high hopes to be returning again next year!! I really wanted to go out with a 'bang' with this last project, and I've had this idea floating around in my head for awhile now. I saw it on Pinterest back in the day with Pinterest just started, and I haven't been able to find it again since! 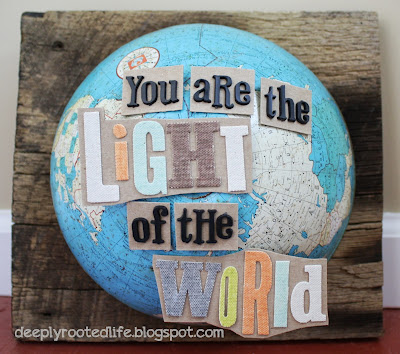 So the story starts like this: I came home from work one day, and the kids were kicking this metal globe around in the yard. Random, right? The idea of this project popped back into my head, but I figured this globe was already past it's prime after the swift kicks from my children. I began the not-so-intense search for an old, a little more gently cared for globe, and came up empty. Seeming as I had little other choices, I asked my handyman to take the two halves of the globe apart, while sparing at least one half's life, and affix it to some old wood. He got my vision perfectly! 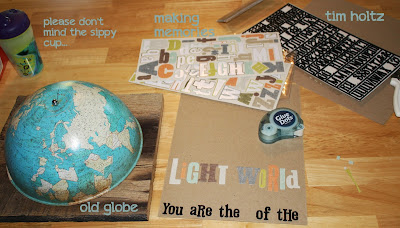 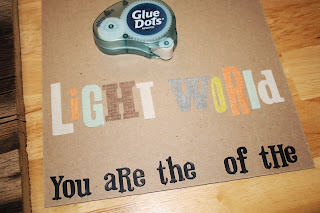 Next, I got all of my supplies together. Making Memories Canvas letters, Tim Holtz Alpha-Parts, and my Ultra-Thin Glue Dots®. I know all the of letters I was using were self-adhesive, but I'm never a fan of not reinforcing things, especially when they're being used on home decor items. The Ultra-Thin Glue Dots® give the hold I need, without adding bulk under the letters. I adhered them all down to a piece of heavy craft cardstock and cut them out.

I'll admit, I have a new-found appreciation for Pop-Up Glue Dots®!! I've used them on scrapbook pages and canvas work before, but I LOVED them on this project! I don't have to remind you that the globe I was working on is round. Not an easy shape to work with. I loaded up the backs of the words with the Pop-Up Glue Dots®, and they stuck AMAZINGLY well. Seriously thrilled. 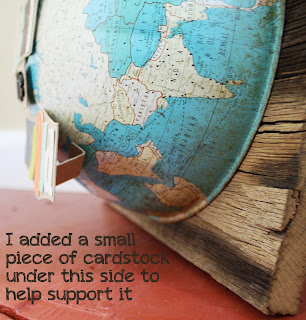 The only place I added a little support behind the word is with 'world'. A lot of the word was not adhered to the globe (again, due to the round-ness I was dealing with). I used a small piece of the craft cardstock I was working with and made a little support, again, adhered with Pop-Up Glue Dots®.

Here are a few more views of the finished product: 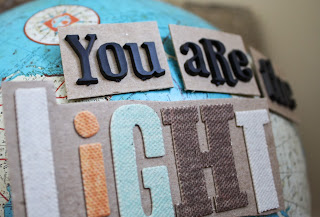 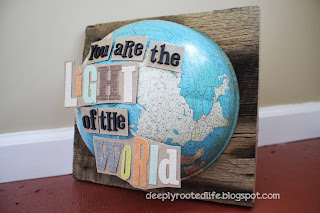 So I kind of love it!! I'm a little sad that I didn't have the hubs try and save the other half! LOL!

I can't wait until there's more news about the next Glue Dots Dottess term, and trust me, I'll keep you updated!! I'll be back soon with pictures and a post about my little man's party. He decided he didn't like anything in the world more than his favorite color of green, so he's having a green party!!

I wrote this blog post while participating on the Glue Dots® Design Team
from the mind of Unknown at 3:01 PM