Well, hello, my much neglected blog!! I've missed you! If your family is anything like mine, this time of year tends to play out in fast forward, minutes feeling like seconds and a week feeling like a day. If you use this 'holiday mathematics', that means it's only been a few days since my last blog post! Ahhh, OK. Feeling much better about my absence now! 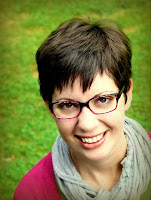 Several people have ask me about the scarf I'm donning in my profile picture (over there --->), so I'm finally getting around to doing a post about it!
It was a super easy project that I found on Pinterest. There are several styles and tutorials showing how to do this, which is good, because I forgot to take pictures after a certain point!


Step One: Lay out an old T-Shirt. This is one I've had incredibly too long, as evidenced by the holes in the shoulders. I made snips along the side of the shirt every inch or so as guides.
Step Two: Cut strips from one side of the shirt to the other (a rotary cutter would work wonders at this point. Too bad all I could find were my kitchen scissors!!) 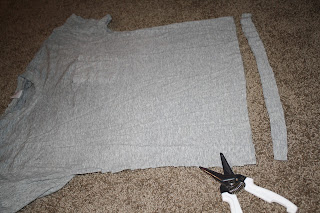 Step Three: You'll end up with strips in varying lengths due to the cut of the T-Shirt. Stretch each loop as far as it will go and sort them by their size.

Step Three - B: Some of the loops broke, surely where the preexisting holes were. I used those pieces to braid a long strip. 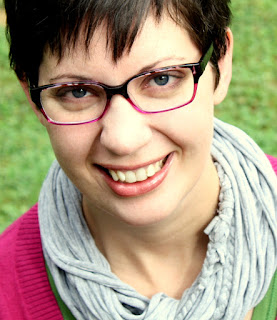